In less than 3 Collier County board meetings, Majestic Place (formerly Regal II) was approved. They did this by educating value and importance of a Habitat for Humanity community to nearby communities using 3D renderings. 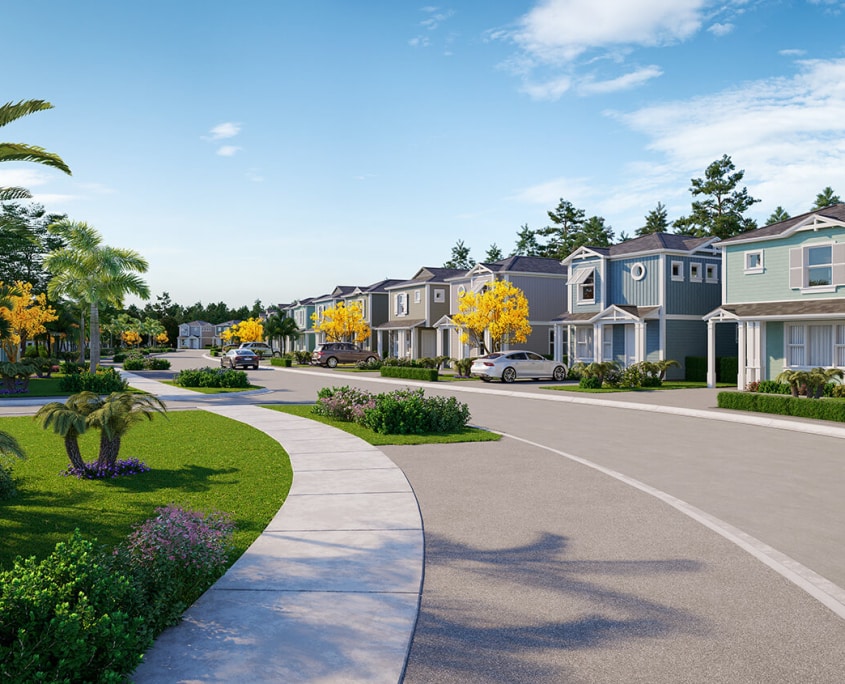 As the development of the community evolves, Habitat for Humanity created a PDF presentation for Majestic Place along with a web site for follow-up inquiries, both of which developed out of consultations with 3DAS.

In addition to answering nearby community questions, the Majestic Place 3D renderings benefited Habitat for Humanity by:

Majestic Place will introduce Habitat Collier’s first venture into the trend of pocket neighborhoods. The idea is that the sense of shared space will enhance relationships and offer a stronger sense of accountability and community for all.

In this more aesthetic design, neighbors can enjoy shared green space with vehicles parked behind homes or in designated parking locations throughout the community. For more information about the Majestic Place community, please visit their website.