Learn which technologies are on the rise and which have peaked. The real estate technology forecast graphs below are based on millions of searches, conversations and mentions across the internet.

3D renderings continue to be the staple of most architectural visualization firms. The industry is commoditizing as technology improves and more artists are entering the field.

The most recent peak resulted during the April / May 2020 time frame when developers realized their clients wanted to move. Permits increased, architectural plans were made and the architectural visualization industry has thrived for most of 2020. Based on previous cycles, 2021 could plateau. However, markets move on many financial factors beyond what our data shows.

Additionally clients need to be creative in their delivery of 3D renderings as competition grows. If blue-sky renders are the standard, how can a project stand out from the crowd?

Virtual tours are sequence of 360-degree images stitched together and allows your customer to move from one image to another. We suggest reading our post on whether virtual tours are better than a 3D rendering.

Virtual tours received a huge boost in March 2020 and sharply came down in the mid-end of 2020 due to the impact of COVID-19. The most important part to notice is at the end of the real estate technology forecast graph. Although there is a plateaued, the level of interest is almost twice as much as anytime before 2020.

When do you need a virtual tour? Are they expensive? Read this post.

Before understanding any options, consider the value proposition for your project. If you plan on selling residential or commercial projects under $2 million, we recommend sticking to renderings, animations and/or virtual tours.

Projects over $2 million should invest into telling a better visual narrative. Cutting-edge immersive technologies do that by enhancing the story of your project and allow the viewer to understand entire spaces.

VR, or virtual reality, is completely immersive within a virtual space. Augmented reality, or AR, incorporates virtual objects within the real world. MR, or mixed reality, merges the virtual and real world. XR, or extended reality, is the catch-all phrase for VR, AR & MR.

In our Porter Del Ray case study, we delve into the simplest of VR: the structural walkthrough.

While virtual reality has been around for decades, interest level peaked in 2017 after the release of the original Oculus Rift. AR & MR continues to climb in the business sectors due to it’s price point and targeted solutions in healthcare and construction. However, wider adoption could come sooner from Apple or Google due to the need for immersive virtual meetings. Extended reality (XR) continues to have the largest growth due to being the catch-all phrase for VR, AR & MR. 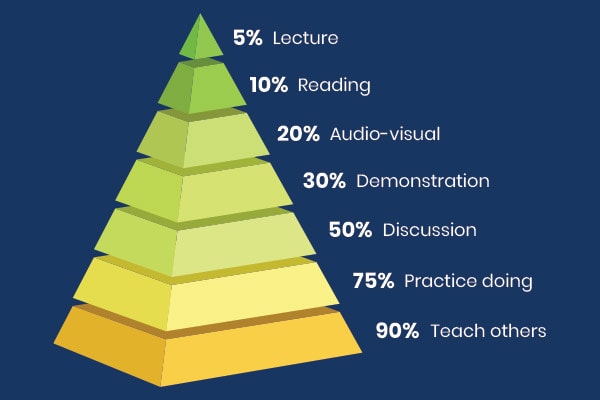 When we think of presentations, most of us think PowerPoint or Keynote presentations. While they help explain complex problems visually, it leads to a retention rate of 30% or less. Businesses have caught onto this idea and thus the reason why interest in PowerPoint has declined.

Steve Jobs famously said that “People who know what they’re talking about don’t need PowerPoint.” Because interactive presentations require a collaborative component to them, the rate of retention increases from 50% – 90%. And while the interest has stayed the same, prototyping programs like Adobe XD continue to rise.

While the goal of Artificial Intelligence in software is to replace the artist, Augmented Intelligence is using the same software to enhance the 3D artist.

As both versions of AI continue to increase in interest, the trend is here is here to stay. When working with AI systems, we see the best use is to create a baseline understanding so it can remove the mundane tasks from an artist.

Does that mean they work less or should be paid less? Usually not as the creative artists always find ways to improve their craft when given more time. Watch the video to see what AI can do to remove a mundane task (replace a sky) and what a 3D artist does to improve the scene now that they have more time.

In the world of real estate, user experience (UX) design is the key ingredient that can make or break a successful real estate project. In UX design, the focus is on the customer rather than what the company “thinks” the customer wants.

Before you consider using any visualization solutions, consider your customer first. Does it solve their problem? Is it easy for your customer to use? Is the technology supported by most / everyone? When you deliver good UX, customers tell others. When you don’t, they stop coming and tell others without telling you why.

UX design continues steady growth as more companies adopt the customer-centric approach. Forecasts continue to see user experience design grow regardless of the economy. At 3DAS, UX design is at the core of every project.

Do We Need a 3D Virtual Tour?